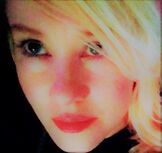 Ms.Binnings has been CAO and on the Board of Directors of GLOBAL CAPITAL VENTURES HOLDINGS (GCVH), GCVH is a group of highly experienced investment professionals dedicated on a sector-by-sector basis to providing expertise to start-ups and mid cap companies, and a Founder, Administrator, and on the Board of Directors of TECVEGAS, TecVegas is an organization that encourages businesses in development, media, health, research, communications, transportation, and leisure to set up shop in the Las Vegas Southwestern Tech Triangle, since 2015. In 2016 and 2017, Ms.Binnings  also assisted the formation of two law firms in Las Vegas, ELLSWORTH YOUNG LLP and KLINK AND KLINK LAW FIRM. In 2017, Ms.Binnings co-founded the production company, HONEST OWL WORKS and a co-produced an art series, STATE OF THE ART (SOTA), SOTA is a docu-series that features up and coming artists in our world today. In 2018, she co-founded and became Director of  Operations of CONSUMER COMMUNICATIONS TECHNOLOGIES (CCT), CCT works to create investor relations and communication between micro and mid-cap otc companies with investors. Also, in 2018, she co-founded and became Director of Operations of MERCURY DATA TECH (MDT), MDT provides contacts, research, communications and sales to growers, producers, or byproducts of growing and users of hemp products worldwide. In 2019, Ms.Binnings co-founded and became Director of Operations and on the Board of Advisors of an organization, INTERNATIONAL BUSINESS LAW ATTORNEYS NETWORK (IBLAN), IBLAN is a premier network of independent law firms encouraged by Global Capital Ventures Holdings to protect it's clients for remediation of highly leveraged loans using convertible debt to Over the Counter companies and to do transactions, and litigation for its clients and the business communities in its states of operation. Ms.Binnings has, along with co-founding, assisting, and/or producing these companies, provided core competencies, public relations, computer operating systems, employment practices, social networking and internet web services. Ms.Binnings also has substantial experience in politics, former interviewer for THE GALLUP POLL and former CAMPAIGN MANAGER for Fred Conquest, primary candidate for Governor of Nevada 2018.